Last week was the filming of the Surviving Mann program which is a simple concept with multiple ringers. First you take a group of people from all walks of life and put them into a regiment with a gentleman named Don Mann at Front Site gun range in the Nevada Desert. Don was a Navy Seal and had quite an extensive career with the Navy. If you look this guy up what is published I am sure is but a small fraction of his history. Don would put the competitors through a physical, and psychological regime that would test anyone’s metal. The goal is to not just find the victor but also each person discover themselves. Weapon drills, live shooting from CQB to long range is only a fraction of this competition. Delta 14 Inc. was proud to not just be a part of this production but also featured. In conjunction with Bula Defense we were able to provide rifles and onsite guidance for an M1A drill which, for all the competitors was an outright challenge to conquer. The feedback from a diverse background of shooters was 100% positive from handling to performance. The largest compliment was not just the weight reduction but also the maneuverability of the platform to engage the specified targets. Recoil was minimal according to most and was an overall success. We at Delta 14 Inc. encourage you look out for this release of Surviving Mann coming in the next couple months, it will be a show that will be the benchmark for all others like it.

Surviving Mann – Will Anyone Survive? 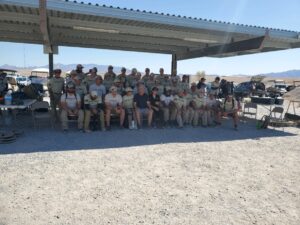